Centre may give jabs to 12-17 years soon

After achieving the target of giving 100 crore doses by month-end to adults, the Centre is set to announce its plans to vaccinate children in the age group of 12-17 years.

Of the 44 crore children population of all age groups below 18 years, the priority will be given to the 12-17 years category first.

When contacted, Prof N K Arora, Chairman of country’s top body, INSOCOG and Covid Task Force told Lokmat that the priority would be given to this age group as they could be carriers of Covid infections. Though the Sero-Surveys had established that the number of children infected with Covid is not higher than that of the adults. But they needed the vaccine now that most of the adult population had been covered with the first dose.

When asked when the decision would be taken in this regard, Prof Arora said, “It should come anytime now.”

In response to another question, he said, the vaccination of children in this category could start within the next couple of months. “In children as it is, severe disease and fatalities are uncommon. So, we have to ensure parents are safe first and children automatically become less vulnerable,” he added.

Arora added that children with comorbid conditions will be given priority in vaccination and even among them priority will be given to those who tend to have co-morbidities.

It is learnt that one percent children have co-morbidities out of the 12 crore children and the government had estimated that roughly 40 lakh such children will be given preference. The Jabs to them may start as early as October and may be free of cost. India’s drug regulator granted emergency use authorisation to Zydus Cadila’s vaccine, ZyCov-D, on August 20. This is India’s first vaccine for children aged above 12. 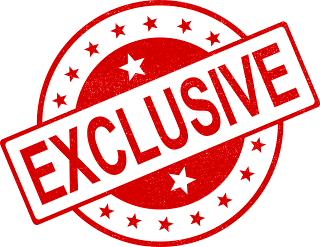 ield to protect them from harassment in future. This has been done to expedite the process of decision making which has been hurting the government’s growth path.
In a latest order issued tonight by the Modi government, all Union Ministers, Ministers of State, MPs, Chief Ministers, MLAs, CMDs of PSUs and top officers of the government at the Centre and states have been given unprecedented protection.
In a detailed order by the Department of Personnel & Training no 428/07/2021-AVD IV(B), directed the states and probe agencies to ensure that no officer less than the rank of the Director-General of Police or equivalent shall inquire into the complaints of allegations against top ranking persons in the executive.
The standard operating procedure (SOP) is a new norm where inquiry will be conducted by different ranks of Police Officers against different ranks of public servants. For example, additional DG level officers alone would personally hold inquiry, investigation or enquiry into; complaints and list them specifically before going ahead with the issues against public servants of level 14 & 15 and Board level PSU directors of the state and the Central governments.
Similarly, categories have been created for every rank and the power of police inspector has been curtailed in terms of initiating a probe directly.
The 8-page long circular is aimed at generating confidence among the Babus who are scared of the CBI, CVC and state governments launching probes against them either during their tenure of service or after retirement. These Public Servants don't make decisions on files and await orders from the political bosses who in terms push files to the Prime Minister’s Office or the Chief Minister’s Office.