Both Houses to meet in their Chambers

The government has decided to hold the Parliament’s Monsoon session as per provisions of the Constitution mandating no gap of more than six months between the two sessions.

Setting aside all such speculations, the government will now hold the session in August-September rather than July-August. The Monsoon session has to be held before September 22 as Budget session was curtailed on March 23.

The precise dates will be announced after taking into account the pandemic which the experts believe will peak out by July 10-15 and starts flattening. The government is also expecting that diplomatic level talks with China may also bear some fruits.

However, a couple of issues have been crystallized after a series of discussions at various levels in the government and also among presiding officers of the two houses for the past few weeks.

One, the session will be of a short duration.

Two; there will be no Lok Sabha session in the Central Hall of Parliament and Rajya Sabha MPs being shifted to the Lok Sabha chambers.

Three; a proposal to hold LS session at Vigyan Bhawan was also found unworkable after a great deal of exercise due logistics.

Four; It has also been decided that “virtual Parliament session” is not feasible at least during 2020 as no IT infrastructure is in place to provide lease lines to all the Members of Parliament as their respective places and officers. There is no Zoom-type network available within India to meet the requirement either as on date.

The two presiding officers, if sources are to be believed, have made up their mind to conduct proceedings of both the houses keeping the “social distancing norms” as may be needed during the Corona times.  The Lok Sabha and Rajya Sabha are likely to hold their sittings in their respective chambers only but with highly reduced strength.

Intense consultations are at work to decide the number of MPs to attend session on a given particular day and how they should be rotated. It is learnt that some parties are agreeable but smaller ones are reluctant to accept it. 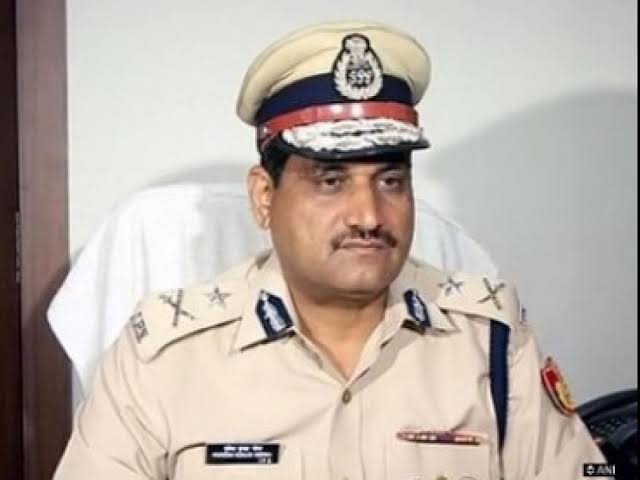 appointed as the new DGP of Goa. Meena is presently the additional DGP in Mizoram.

This will be Meena’s second posting in Goa. He said that he was first posted in the state soon after joining the IPS. The post of DGP in Goa had been lying vacant since the death of former chief Pranab Nanda on November 15 last year. Against the backdrop of the Covid-19 pandemic and the lockdown, inspector general of police (IGP). * Number of positive cases rose to 6.2%
* Telangana jumps to 3rd slot after Maharashtra, Delhi
* 1000 laboratories testing in India
by Harish Gupta, National Editor, Lokmat Group
New Delhi, June 24
India achieved a new milestone in Covid-19 tests when it crossed two lakh tests a day. Until 9 this morning, more than 2.15 lakhs tests were conducted in a single day. The total number of tests in the country till date was 73.52 lakhs and set to cross 75 lakh tests mark by tonight. It is also heartening that the total number of laboratories in the country undertaking three type of tests rose to 1000 (730 government & 230 private) which is another record.

However, the data alarmingly revealed rising number of Covid-19 cases across India touching an all time high of 4.56 lakhs. The number of positive cases was 1.90 lakhs as on June 1 this year. But it more than doubled in merely 24 days. The percentage of cases (tests to positivity) also rose 4.96% to 6.2% during this period.

Data accessed by Lokmat from official sources revealed that positivity rate continues to soar by the day in Maharashtra  and Delhi with Telangana taking the third slot in the country.  (See the table)

Interestingly, Tamil Nadu is at the top in testing with 9.44 lakh tests and its positivity rate is less than Maharashtra (17.7%) and Delhi (16.6%).

The new state rapidly rising in positive cases is Telangana where positivity rate is 15.1%. It was no where on the scene on the map as it was not testing enough. However, within ten days of rapidly testing, it gained number 3 slot in the country.

Interestingly, UP and Maharashtra have highest number of laboratories with 110  and 105 respectively.

New Delhi, June 20
No Opposition party leader supported the idea floated by the Congress that the Prime Minister should hold a face-to-face meeting rather than “virtual meeting.” The Congress wanted the PM should call leaders physically for effective interaction on thorny Galwan Valley crisis.

But no one agreed. Nationalist Congress president Sharad Pawar rejected the proposal out-right saying “virtual meeting is as good as physical meeting in the times of Covid.”
A senior NCP leader, on the condition of anonymity told Lokmat that Pawar Saheb reminded that Sonia Gandhi had herself held a virtual meeting with 22 leaders on May 22.
CPI’s Secretary D Raja told Lokmat over the phone confirmed saying, “I personally had no objection to the physical meeting. But other leaders were perhaps not willing,” he said.
DMK leader M K Stalin did not agree either. It transpires that a top aide of Sonia Gandhi contacted leaders personally after the government initiated move to hold the meeting on June 19. But there was no positive response from leading parties.

It also transpires that they were also uncomfortable with the very line the Congress and its leader Rahul Gandhi had taken on the Indo-China violent clashes.

This was reflected in the meeting yesterday where a combative Sonia Gandhi raised several tough questions and accused the government of many failed opportunities. Sonia spoke first and wanted to set the tone immediately after External Affairs Minister S Jaishankar made the presentation tracing the history of conflict.

But she stood virtually isolated as neither Sharad Pawar and nor DMK supported her line of attack. Pawar said, “issues such as whether soldiers carried arms are decided by international agreements, and everyone should respect such sensitive matters.” Obviously, he was distancing himself from Rahul Gandhi line. Stalin also supported the government on the issue including most Opposition parties.