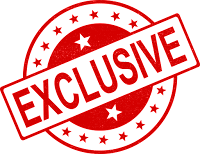 Sacked Rajsthan Deputy Chief Minister and PCC president Sachin Pilot may finally join the BJP. Though he had been maintain a studied silence for several days, his tweet today gave a clue when he thanked his supporters for their “ gratitude to all those who have come out in my support today.” He ended the short tweet with “राम राम सा !” The word of Ram Ram Sa is commonly used in local parlance in Rajasthan. But gives a clue to what is going on behind the scenes.

Highly placed sources in the BJP told Lokmat that the script of the Rajasthan drama was written in February itself when Rama Pilot, mother of Sachin Pilot met BJP’s newly elected president, J P Nadda. She met Nadda through an intermediary and clearly told him that if the BJP was willing to make her son the Chief Minister, he may jump the ship.

Rama Pilot was extremely furious with Congress president Sonia Gandhi for denying the CM’s post to Sachin who had worked tirelessly for five year as PCC Chief which had brought the Congress back to power. Though Sonia Gandhi tried to assuage her by saying that Sachin will continue to hold the dual post of PCC Chief and Dy CM. But no commitment was made in this regard.

The offer was tempting for the BJP which had lost power in Rajasthan as Pilot had stitched a Meena-Gujjar alliance which caused BJP’s humiliating defeat in Eastern Rajasthan. The BJP lost 42 out of the 49 seats there.

But the offer had its own pitfalls for the BJP and Nadda needed time to discuss in his own party. He had just taken over on January 20 as party Chief. A series of discussions were held within the Central unit and the matter went right up to the Prime Minister. It was decided that the opinion of the senior functionaries of the RSS be obtained. During all this, time was lost and lockdown was imposed on March 24 bringing all political activity to a grinding halt.

The BJP got into act when Rajasthan Chief Minister Ashok Gehlot’s Special Operation Group (SOG) issued a notice to Sachin Pilot to appear before him for attempting to bribe the NLAs in the Rajya Sabha polls.

A series of raids by Income Tax and Enforcement Directorate allegedly involving Gehlot’s businessman son and others at ten locations. Now the fight is not between Sachin Pilot and Gehlot. Its BJP Establishment and Gehlot-Gandhi duo.