PMO’s sermon to Ministers & leaders, No Anti-China rhetoric, for now 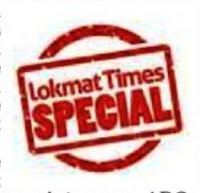 New Delhi, July 10
Without lowering the guards on the LAC in Galwan and other areas, the government has signaled the anti-China rhetoric be kept at low pitch.

The Prime Minister’s Office has signaled to the ministers and the BJP functionaries nothing should be spoken or hinted even remotely in public until Pre-May status quo in restored in Ladakh.

The frontal organizations and trade bodies closely connected with the saffron party have been conveyed to restrain in their anti-China rhetoric.

In fact, no government minister including members of the Cabinet Committee of Security (CCS) has uttered a word since disengagement announcement on July 7. The Modi government is closely watching how fast the Chinese move back to their original positions and holding its horses till then.

The Chinese foreign Minister Wang Li had added an interesting line in his July 7 statement while smoking the peace pipe. He said, “We hope India can work with China to guide public opinion in the right direction……. avoid amplifying the differences and complicating matter so as to jointly uphold the big picture of Indo-China relations.”

Obviously, the Chinese want India to guide its public opinion and stop strong anti-China rhetoric and recall all anti-China steps taken by any departments, states and companies to restore full normalcy.

The boycott Chinese goods call has suddenly gone silent. It is authoritatively learnt that a workable formula is being evolved with the promoters of some of the 59 Chinese Apps to restore status quo ante.

It is in this context that the Tik Tok’s owner ByteDance company is even considering moving its headquarters out of China along with the video-conferencing operations. It means India’s security concerns will be addressed in terms of data safety as servers will be moved to India too. It has two servers already in India.

Authoritative sources in the government say that except for the 59 App ban, there has not been any strong action initiated against any of the Chinese companies by any of the ministries and departments. Even cancellation of contracts here and there by any agency was on technical ground and not because of their place of Chinese origin.